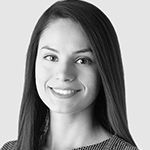 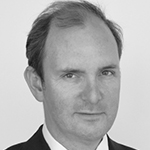 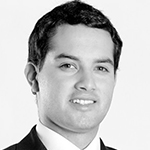 The Chilean Government elaborated an Emergency Economic Plan that contemplates fiscal resources for up to USD$11.75 billion, which is equivalent to 4.7% of the Chilean Gross Domestic Product (GDP).

The purpose of the injection is:

i) Strengthening the Health System Budget.

iii) Implement tax and economic measures to give liquidity to companies, SMEs and workers.

From the tax perspective, the Emergency Economic Plan considers the following measures:

In addition, the Chilean IRS has enabled the execution of several administrative procedures remotely on its website.

The Employment Protection Act recently enacted, allows to workers in Chile, who are unable to work due to the coronavirus pandemic, to continue receiving a part of their wages, accessing the benefits of a Public Unemployment Insurance during this emergency period.

Even though that Schools are closed, public feeding programs are ongoing, providing food services to students.

4. Public Loan Guarantees and Expansion of Loans to Businesses

Currently, there are no amendments to the Insolvency Law (Chilean Insolvency Act No. 20,720), which provides to companies three alternatives to resolve their financial difficulties: (i) Reorganization; (ii) Pre-packaged Agreements; and (iii) Liquidation.

The Chilean Central Bank implemented a set of additional measures aimed at give liquidity to the economy and support the flow of credit.

i) Establishment of the Credit Facility Conditioned to the Increase in Placements (FCIC), as special financing facility for banking companies, supplemented by the activation of the Liquidity Credit Facility (LCL) subject to special terms and conditions, both in domestic currency (Chilean Peso).

ii) Corporate bonds will be included within the eligible collaterals for all liquidity operations in Chilean pesos in force, including the FCIC.

iii) A program of purchase of bank bonds will be initiated to the participants of the SOMA system (Open Market Operations System) for an equivalent amount up to 4 billion dollars.

3. Other Measures to Support Flow of Credit

The Chilean Financial Market Commission (CMF) announced five measures to promote the flow of credits to individuals and companies:

i) A regulatory exception for banks that facilitates deferring up to three installments in the payment of mortgage loans without new provisions.

ii) A regulatory exception for banks to extend credits term until 6 months to individuals and SMEs, without considering this as a renegotiation for provisions purposes.

iii) Use of surplus mortgage guarantees to guarantee loans to SMEs.

iv) Exceptional authorization of an extension of 18 months to banks to sell assets received in payment.

v) Modification to the treatment of the amount in cash that the banks must constitute as a guarantee for the margin of variation of derivative operations compensated bilaterally. With this, there would be a significant reduction in the capital charge associated with derivative contracts, which stimulates its use, precisely, in periods of higher volatility in the exchange rate.

The Congress approved a bill proposed by the Ministry of Justice and Human Rights, which establishes extensions for the evidentiary terms of judicial proceedings and suspension of non-essential hearings, which would have an impact on the judicial procedures of execution. mortgage and eviction. However, there is no a general suspension of judicial foreclosures nor evictions.

Some Banks are offering to their clients the possibility to suspend mortgage payments, on a voluntary basis.

The Chilean Central Bank extended the term of the Currency Sales Program until January 9, 2021, with the purpose to intervene the exchange rate USD / Chilean Pesos (CLP).

i) All public events with more than 50 people are forbidden indefinitely.

ii) All individuals that travel from countries classified as High Risk by the World Health Organization will must to be quarantined for 14 days upon entering the country.

iii) Mandatory Quarantine for some specific borough (communes) in Chile continental (mainly in the Metropolitan Region) and Easter Island.

v) Enactment of an Act that regulates remote work.

2. Closure of Public Places for Gathering

Classes have been suspended in all educational levels, both in public and private institutions, until April 12. The continuity of studies is being promoted online.

Chile is a member of the Forum for the Progress of South America (PROSUR), in which the countries issued a joint statement to share criteria in decision-making in the management of the emergency caused by the Covid-19.

i) Constitutional State of Catastrophe

A State of Catastrophe was decreed by the Government for 90 days from March 19, 2020.

The Chilean Government announced that the Ministry of Energy reached an agreement with the electricity distribution companies to implement a contingency plan that will support Chilean families to pay their electricity cost during the State of Catastrophe.