Rising defaults by China’s state firms are showing the need for bond investors to be much savvier about those borrowers -- no easy feat in a country where government decisions and business operations lack transparency, Bloomberg News reported. Five state-linked companies -- from a coal miner to a top chipmaker and an auto firm with ties to BMW AG -- have defaulted for the first time in the onshore bond market this year. That’s the most since 2016.

Economic activity in Spain and Italy’s services sector has hit a six-month low according to a widely watched business survey, as consumer companies bear the brunt of lockdowns to battle the spread of coronavirus, the Financial Times reported. Italy’s IHS Markit purchasing managers’ index for services fell for the third consecutive month to 39.4 in November, while the Spanish index fell for the fourth consecutive month to 39.5. A reading below the 50 mark indicates that a majority of businesses reported a contraction in activity from the previous month.

As with Japan in the 1990s, years of low — and even negative — interest rates in the eurozone have led to suspicions that the region’s business landscape is harbouring a load of zombie firms, the Financial Times reported. That is, companies that are being kept artificially alive by the repeated extension of credit. Many have tried to place the blame on the European Central Bank’s aggressive easing for the phenomenon, which critics say stymies longer-term growth prospects because it keeps capital and labour locked into inefficient parts of the economy and chokes innovation.

EY Hits Back at German Audit Watchdog Over Alleged Misconduct

EY has lashed out at Germany’s audit watchdog for prematurely reporting suspected criminal misconduct by its partners to prosecutors in an escalating battle over the Big Four firm’s audit work at defunct payments company Wirecard, the Financial Times reported in a commentary. Wirecard collapsed into insolvency in June in one of Europe’s biggest postwar accounting frauds after receiving “all clear” audits by EY for more than a decade. Apas, the German audit watchdog, told criminal prosecutors in late September that three current and former EY partners may have acted criminally.

The Pandemic Bankruptcy Wave Has Been Delayed, Not Avoided

In a short Twitter thread last month, Olivier Blanchard, former chief economist of the IMF and past president of the American Economic Association, reassessed how the economic effects of the pandemic had played out compared with what he had expected, the Financial Times reported. One striking observation was: “I expected a lot of inefficient bankruptcies, due to high debt rather than lack of viability post covid. This . . . does not seem to be the case. The proportion of low productivity firms in bankruptcies appears to be roughly the same as usual.” Blanchard is, of course, right.

Europe’s top banking supervisor is writing to the region’s biggest lenders to warn that many of them are failing to do enough to prepare for a likely increase in bad loans due to the fallout from the coronavirus pandemic, the Financial Times reported. Andrea Enria, president of the European Central Bank’s supervisory board, said the shortfalls in banks’ preparations for a likely rise in bad loans was one factor to be considered in its decision on whether to allow them to resume dividend payments and share buybacks.

The shares of Chinese property developers have been a short seller’s nightmare for more than a decade. Nothing seemed able to dent the rally. That has now begun to change, the Financial Times reported in a commentary. Superficially, October was good for Chinese real estate. A rebound in activity pushed new home sales by floor area to their highest levels in recent months. Investment rose 13 per cent while property sales jumped 15 per cent. New construction starts grew 3.5 per cent, compared with a decline in the previous month.

IMF Says Talks With Argentina ‘Constructive', Will Continue In Washington

Negotiations between the International Monetary Fund and Argentina over a new IMF loan program are “very fluid and constructive,” with Argentine officials expected to come to Washington in the coming days for more talks, IMF spokesman Gerry Rice said on Thursday, Reuters reported. Rice told a regular news briefing that a recent IMF staff mission to Buenos Aires, made “good progress” in defining the initial elements of Argentina’s economic reform plans.

The South African government has transferred 1.5 billion rand ($98 million) to administrators for national airline South African Airways (SAA) but the funds cannot be used yet, the administrators said on Thursday, Reuters reported. The administrators said the conditions the Department of Public Enterprises (DPE) attached to how the money should be spent were in contravention of labour and companies laws. “We are unable to utilise the funds until the conditions have been amended by the DPE,” they added in a statement. A DPE spokesman said the department would comment later.

Norwegian Air Aims to Restructure, Sell Planes and Shares In Bid to Survive

Norwegian Air proposed on Thursday to convert debt to equity, offload planes and sell new shares in an attempt to survive the COVID-19 pandemic, which has brought the company to its knees, Reuters reported. As part of the plan, the Oslo-based carrier, which recently applied for bankruptcy protection in an Irish court, aims to raise up to 4 billion Norwegian crowns ($455.4 million) from the sale of new shares or hybrid instruments, it said.

According to the OECD, Portugal is in the top three countries in terms of implementing new measures to face this COVID-19 pandemic. However, regarding the legal framework of insolvency and restructuring, the only direct, exceptional and temporary measure approved by the Portuguese authorities was to suspend the time limit for the debtor itself to petition for insolvency, with effect from 7 April 2020. No pre-insolvency exceptional measures have been adopted.

The Preventive Restructuring Directive - What next: A Pre-pack Directive? by Adrian Thery

The Directive (EU) 2019/1023 on preventive restructuring frameworks ("the Directive") was passed on 20 June 2019 bringing about a change of paradigm in corporate restructuring. A change that should allow the States of the European Union to catch up with countries adhering to the Anglo-Saxon model, both in restructuring and insolvency matters and also upstream, in financial matters, due to the influence of the insolvency legislation on the provision of credit ex-ante.

Was court-life across Europe prepared for the COVID-19 crisis? by José CARLES, Laurent Le PAJOLEC and David ORSULA (Co-chairs of the Insolvency Tech & Digital Assets Wing)

COVID-19 and the correspondent lockdown measures have affected our lives in many ways. From a legal perspective, it has proven that jurisdictions that were already adapted to technology have provided a better response in the administration of justice.

Time to stay calm and act rationally by Jocelyn Martel

In January 2020, the world woke up facing a phenomenon that some had predicted but few wanted to hear about or were prepared for: a global pandemic, now commonly called the COVID-19 crisis. Immediately, many economists were convinced that the world was heading for a stock market crash and an economic crisis. They were right. The stock market sank, and all countries that imposed strict lockdown measures face a significant contraction in their GDP.

The past experience with the European Insolvency Regulation (2000) has shown that even if all the courts in the Member States are only bound by decisions delivered at the EU level by the CJEU, all interested parties involved in an insolvency case (namely courts, insolvency practitioners, chartered accountants, lawyers and even debtors themselves in certain cases) may find it of great interest to look at the decisions made by other courts in other Member States for guidance. 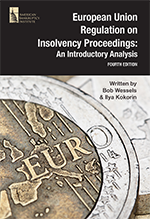 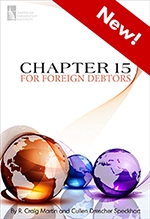 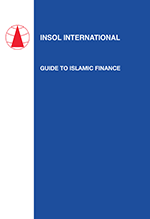